The International Day of Rural Women was created in 1995 by Civil society organizations at the Fourth World Conference on Women in Beijing and was declared an official UN Day in 2007 by the UN General Assembly. WWSF took the lead in mobilizing governments around the world and fundraised for the campaign. 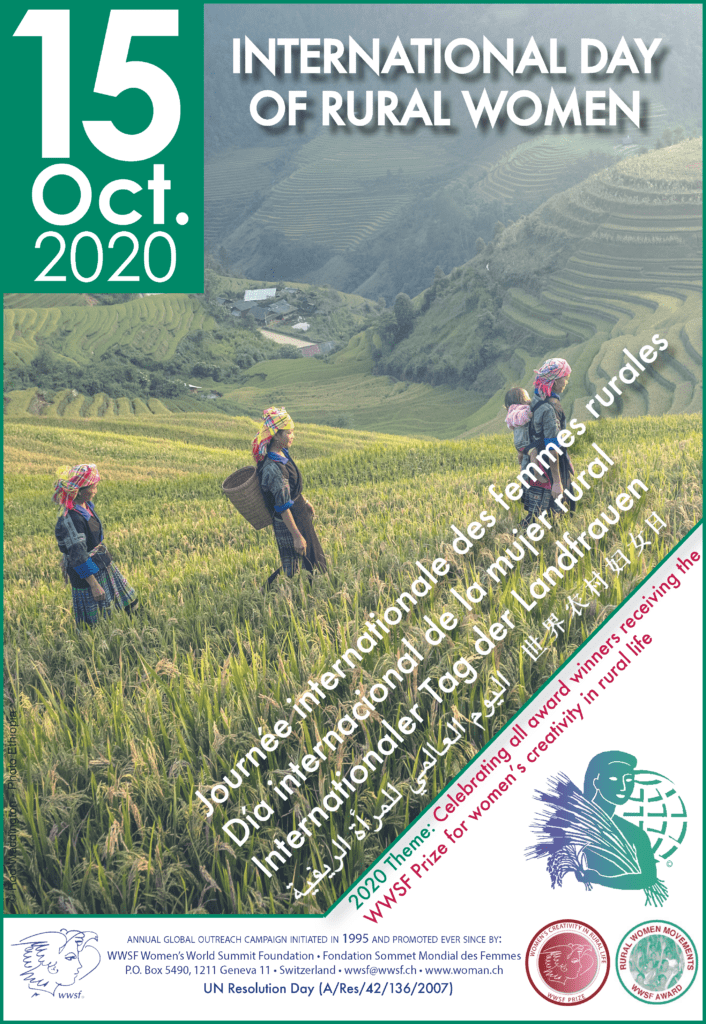 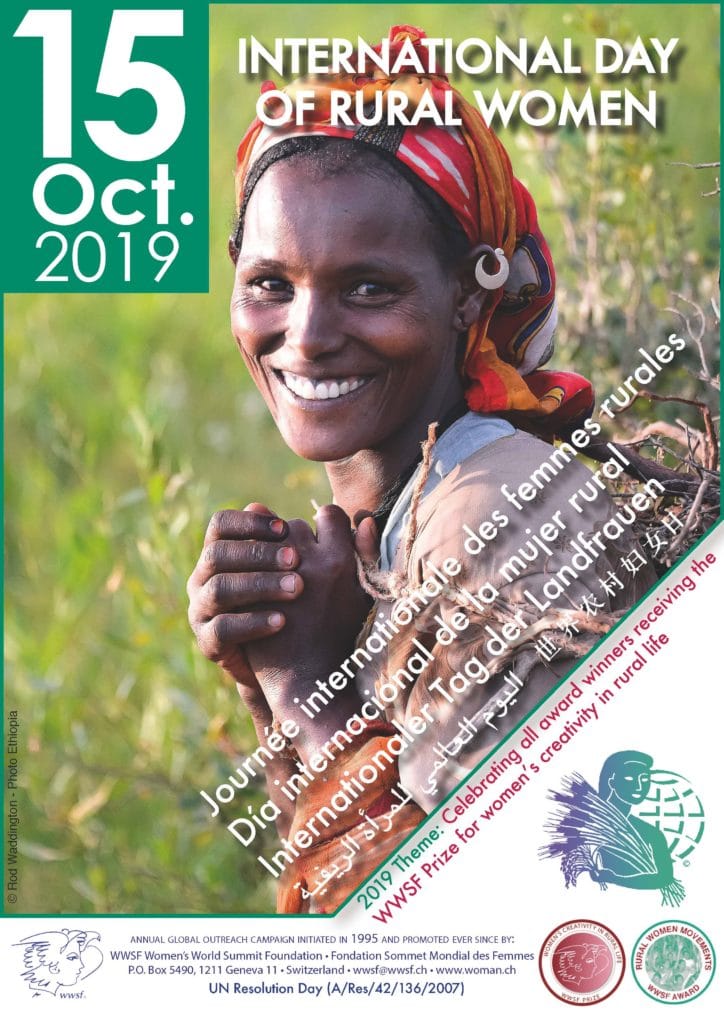 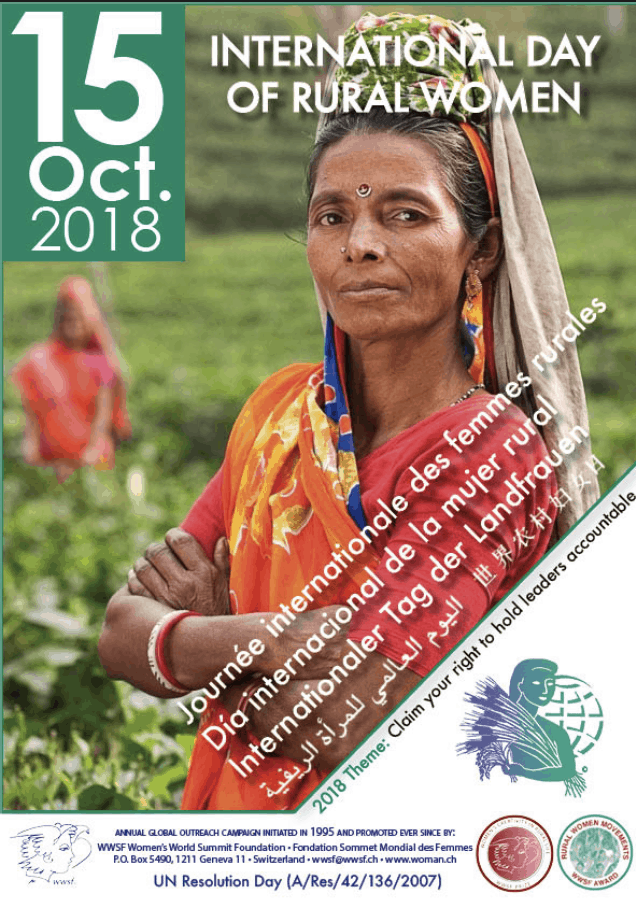 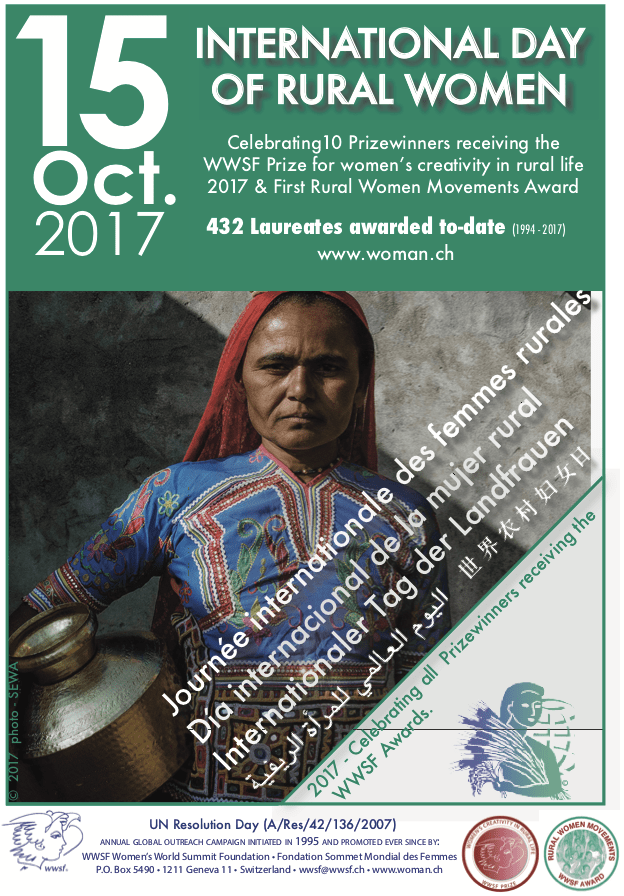 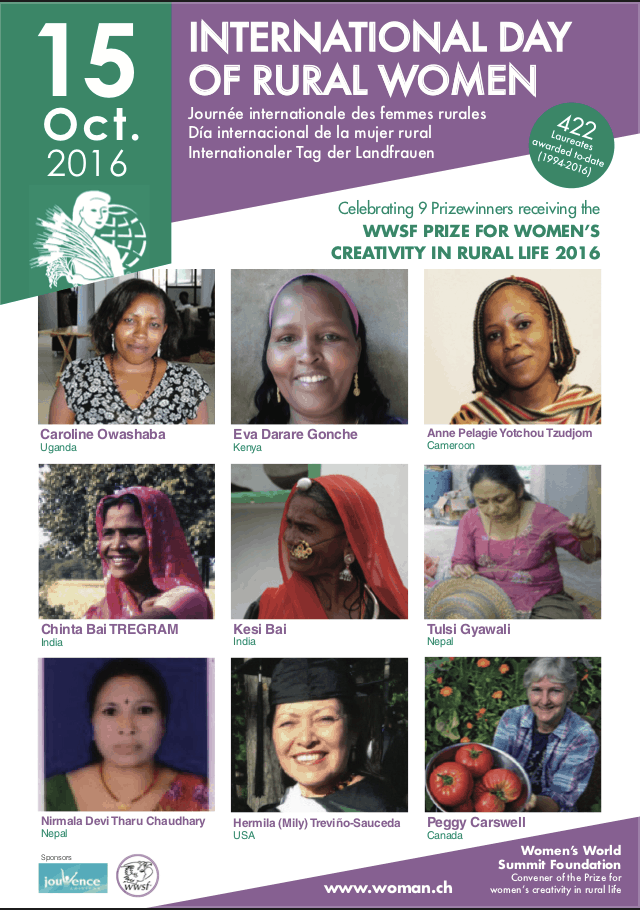 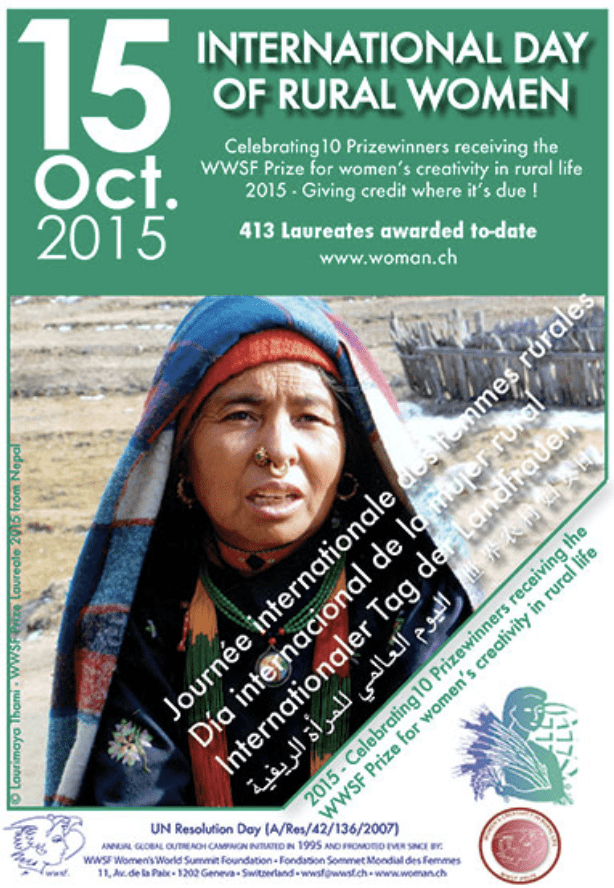 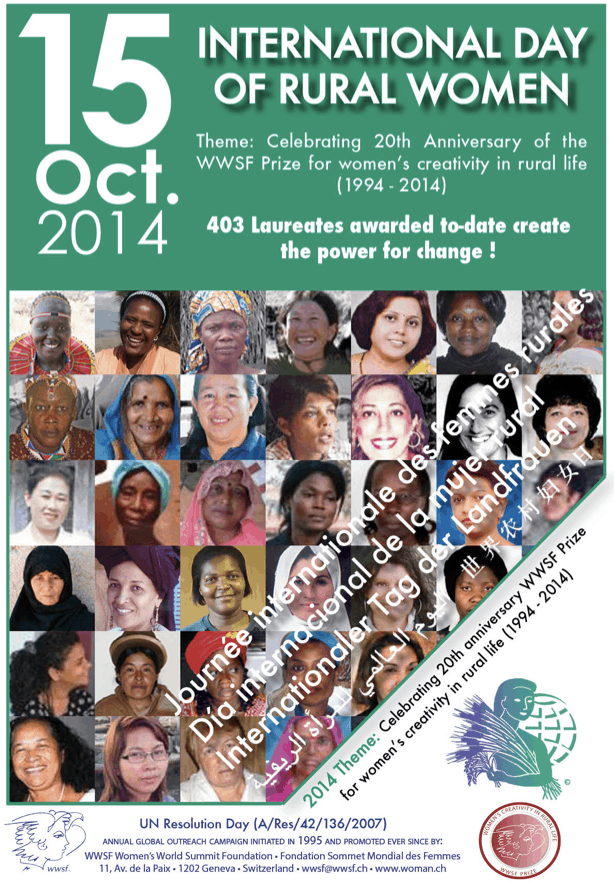 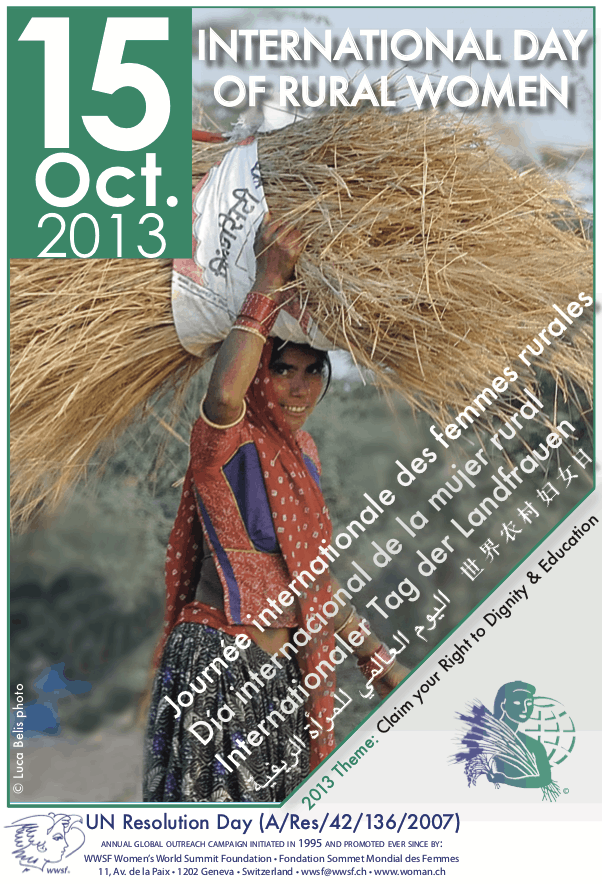